Hello and Welcome to DeplorableFaces.com

Who are We:   Pres. TRUMP Supporting “Patriots” of The United States of America.

We Are NOT TERRORIST or a Religious CULT like Organization!

We Are Just Concerned PATRIOTS Who LOVE OUR COUNTRY

We are Republicans, Awakened Democrats, Independents and some Lost Soles. “Trump! Supporters”

We Are Red, White, Black, Brown, Yellow and Maybe 1 Orange Guy and WE are BLU!

BLU! Over the Chaos That has been brought on this Country and the WORLD. We are NOT! TERRORIST! And We are NOT Slaves to be misled by Government Multi-Mass media suppression

We are PATRIOTS for TRUTH, JUSTICE and The AMERICAN WAY!

MISSION STATEMENT: Our Mission… Should you decide to accept it… [Play on words]

Is to Support… The “America First” Movement, MAGA 2.0 and setup a National Organization in State and Local Communities to Vet all “FUTURE” Candidates that are Running for PUBLIC offices. Fielding reports on those Candidates prior to voting in those Elections and exposing their TRUE intentions for office.  You should consider running for Office in your local Community or Support a candidates America First, MAGA 2.0 ,WWG1WGA! culture.

With the encouragement of OUR BELOVED… President Donald J. Trump. and Still A LEADER of The People

The Battle for Control of The House and Senate is very Possible 2022. We Have to Get STARTED Now!

The Vision is to enter the World of Supporting Congressional and Senatorial Candidates that.. “WE THE PEOPLE” believe IN and Who SUPPORT… The American Way, Truth, and Equal Justice and letting that support be KNOWN That as Deplorable s, Dispicable’s, Chump’s or whatever,

That “Patriots” will support THEM. With our VOTES! 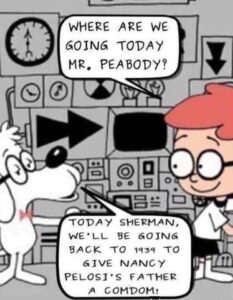 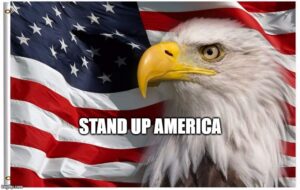 Start a GROUP HERE for YOUR LOCAL COMMUNITY and Start Connecting Your Community  Candidates. Campaign create a Forum for discussions. As the Admin of this Site I will hope all Feel as I do About what IS Happening to OUR Country. We will use this Site and a Few of my others… CaRedWave.com, CaRedTsunami.com, TheConservativeFace.com, DeplorableFaces.com  for the Promotion of…

Helping YOU make A Change in YOUR Local Area. #MAGA 2.0

Please confirm you want to block this member.

You will no longer be able to:

Please note: This action will also remove this member from your connections and send a report to the site admin. Please allow a few minutes for this process to complete.

You have already reported this .